After my usual pottering around on Castle Hill last week, 8 miles in snow and ice, it was nice to have a change of scenery at the weekend and go somewhere we haven't been for quite some time. Once again we were sussing out a potential route for members of the Skipton U3A walking group but, of course, we had to run it. We couldn't have wished for better weather, blue skies. exceptionally clear views and warm sunshine that worked wonders on our hard working muscles.
It was a long, long climb starting from the village car park, up a rough track heading towards Great Whernside before turning south east onto open pasture land with ever widening views of Wharfedale's surrounding hills.
We continued to climb, gently across rolling pasture land with lingering patches of snow and soft turf underfoot. Occasionally there were icy patches, mainly in gateways where water had filled tyre tracks and then frozen.

After three miles of running we reached our high point at Capplestone Gate where, after climbing 1,000ft, my wonderful partner decided it was time for lunch - a Mini Mars Bar! To be fair, if it wasn't for her I'd never eat anything during a run, but we' left food and drinks in the car for light refreshment after our run.
There was quite a lot of snow, deep in places, down the long wallside from Capplestone Gate down into the jaws of Mossdale where we joined Bycliffe Road. There was more deep snow and occasional pools of ice to negotiate, again, mainly in gateways. Although I'd Yaktrax in my bumbag, just in case, there was never any cause to use them. 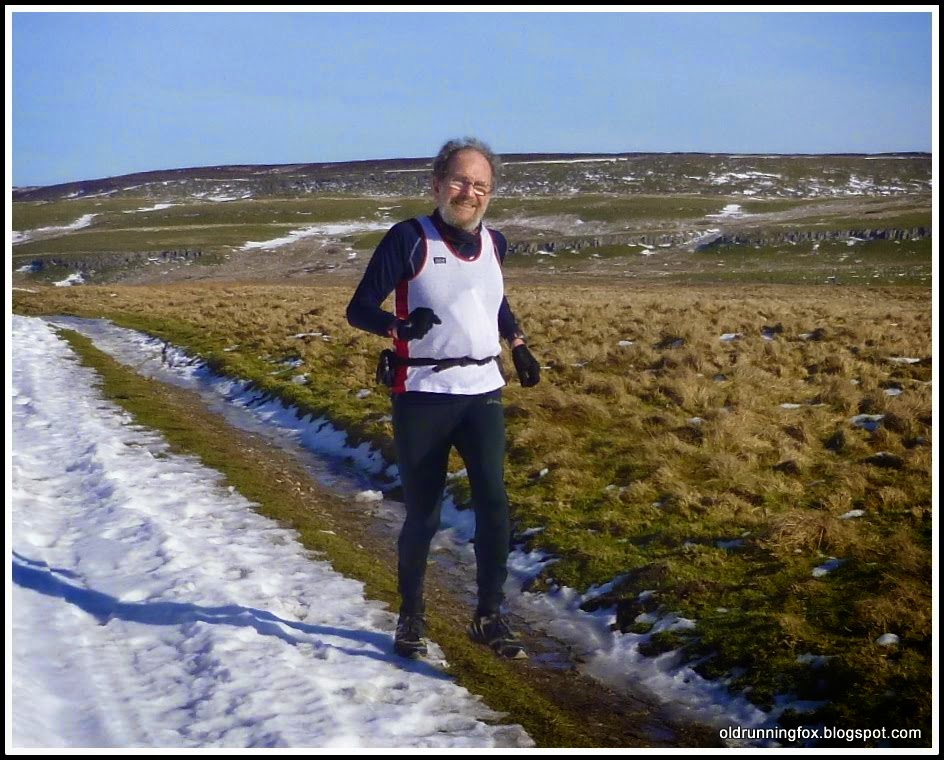 Much of the snow could be avoided but even if we had to run on it, the sun had softened it sufficiently for our trail shoes to provide plenty of grip.
We followed Bycliffe Road as far as the deep cut ravine of Conistone Dib at the top of which we cut off right to follow the Dales Way back to Kettlewell. Until this point we'd hardly met a soul and had remarked on the total silence broken only by the occasional call of a cock grouse or the cronk of a solitary raven. Approaching Conistone Pie the air became filled with voices, exuberant and excited children on a country walk with their masters.
My legs had begun to ache a little along the three mile stretch of broad pastures, stony lanes, and ladder stiles back to the busy village of Kettlewell which had filled with tourists in our absense. Garmin said we'd run 9.12 miles with 1,160ft of ascent which is considerably more than either of us had run for quite some time,. It felt good to get home and relax after such a wonderful day in the hills. In the evening we were treated to a gorgeous sunset that had me reaching for my camera to get one final shot to end a perfect day. 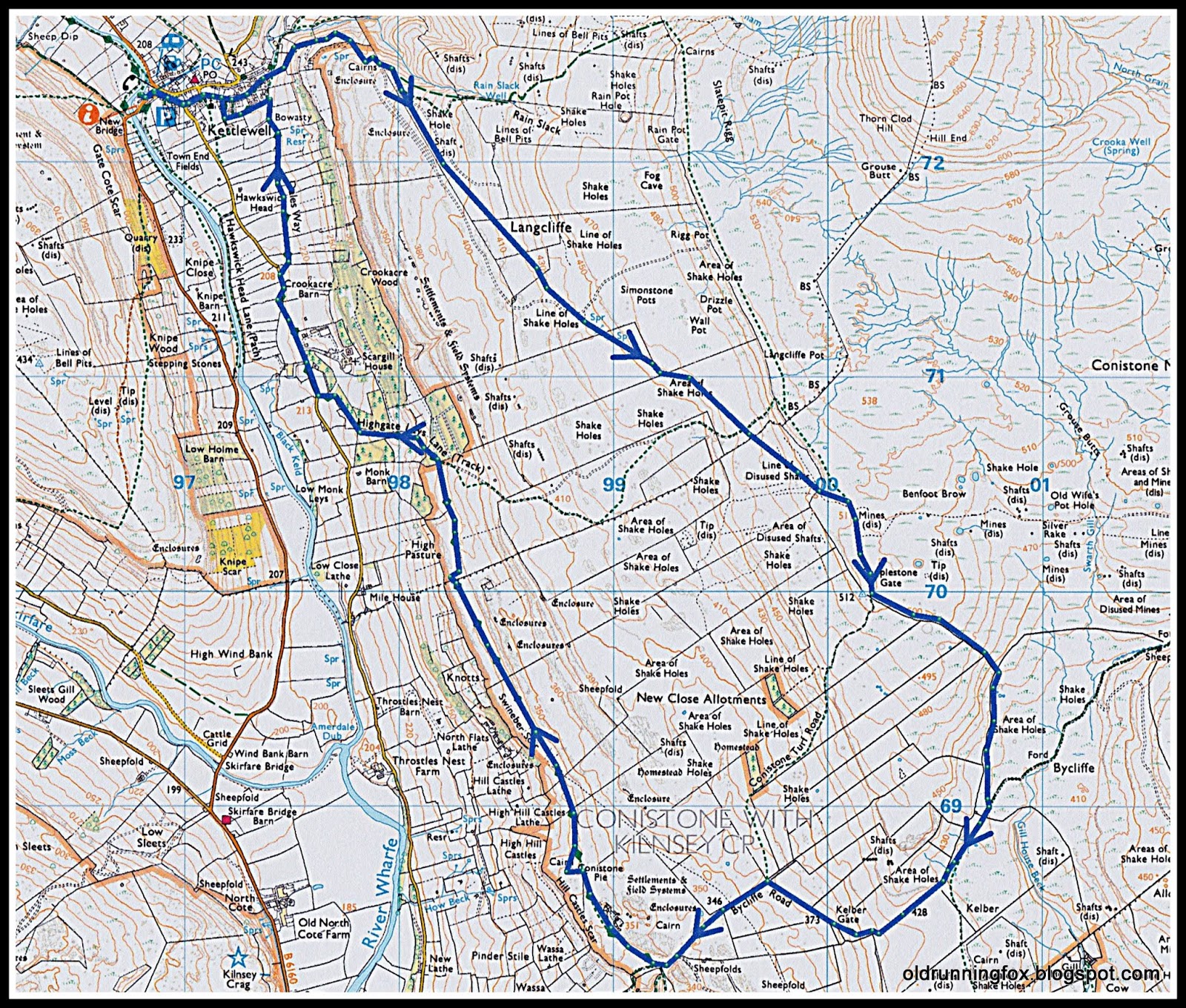 Map of the days route...