I awoke to voices in the bedroom.  It was World Service on the radio alarm clock telling me it was 4.55 and time to get up.  Instinctively I swung my legs out of bed and headed for the stairs landing where running clothes were draped over the radiator. In the breaking dawn I dressed quickly, made my way to the kitchen and put the kettle to boil for a cup of strong coffee while lacing up my trail shoes.  A spoonful of demerara went into the coffee for extra energy.  I drank it quickly, paid a final visit to the loo before stepping out the door, clicking my Garmin to locate the satellites until, at roughly 5.25, I was setting off down the lane for a wonderful dawn run.
That's been a (mainly) Tuesday and Thursday morning ritual for the past two years with getting up times adjusted relative to breaking dawn.  Before visiting Menorca in 2014, when early runs were essential before temperatures climbed into the 80's, no-one could have persuaded me to run before breakfast. Now I find it preferable.  There's something smugly satisfying about returning home before neighbours have stirred from their beds, knowing I can take things easy for the rest of the day while they still have to drive half way across Yorkshire to start work.
So that's how things went on two mornings last week. On the first of those mornings, at 5.40,  another runner had beaten me onto the hill and was doing circuits at great speed. There was no chance of any socializing, his was serious training.  He wasn't up there to watch the sunrise, sniff flowers or pick bilberries. Six minute miling was more his line.  I got out of his way, into the field above, and stayed there until he'd gone!  He'd be home, stretched, showered and maybe enjoying a nice glass of chocolate milk long before I got home for mine.
On Saturday we ran the 10 mile revised route for my wonderful partner's U3A walk two weeks hence. 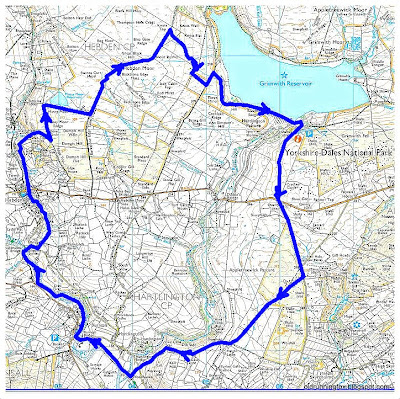 It was warm and sunny as we set off up the crag, brushing aside the bracken. 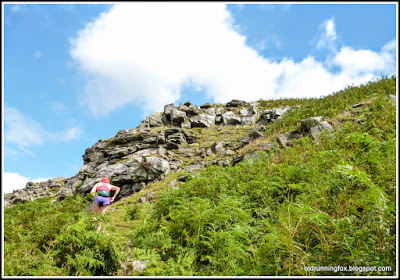 Heather was not quite at its best but beginning to light up the moor as we ran towards Mossy Mere. 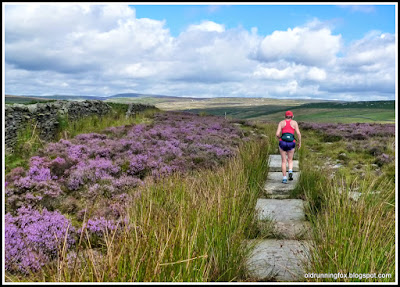 It was hard work trogging up rough bits of Backstone Edge Lane but a welcome breeze kept us cool. 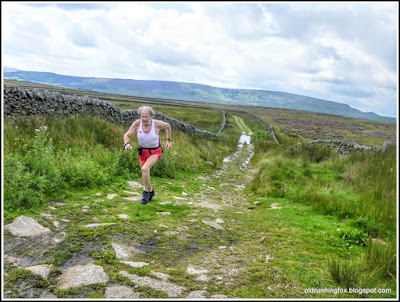 The run down to Grimwith on springy turf was sheer delight. 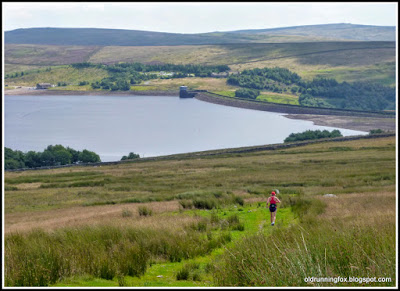 Boats were out on the water, the wind in their sails whipping them along. 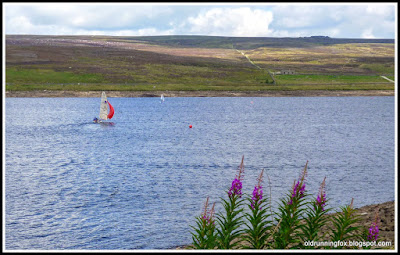 Beyond Grimwith we took it steady up to the high point, passing a group of walkers around thirty strong. 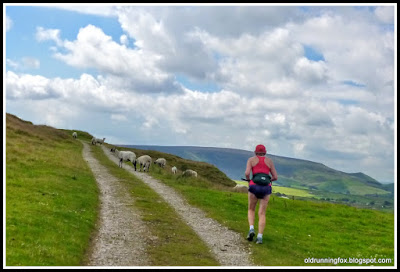 The long downhill track from there took us through Appletreewick pasture where we could mainly escape the gravel by running the grassy bits. 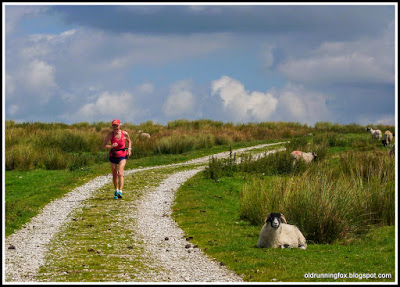 Then it was into the walled confines of Kale Lane with its beautiful views across Wharfedale to the hills beyond. 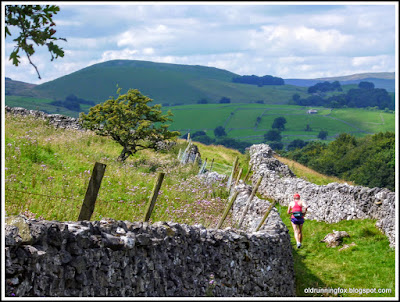 Back along the river towards the crowded picnic field. 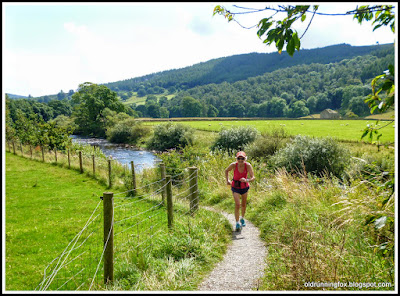 And home through lower Hebden Ghyll where we'd to slap these black beasties off the path, out of our way. 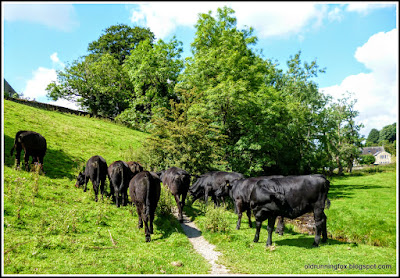 It's not often they agree but Garmin said it was 9.88 miles and Anquet said it was 9.88 miles, so I guess it must be. It's a smashing route with reasonable underfoot conditions, pleasantly undulating but not too strenuous, and with great views. The U3A walkers should really enjoy it.
If not, they can blame me....
Posted by oldrunningfox. at 15:53