I'm still resting - from running - and starting to feel some energy seeping back into the system. The 'Arizona' pills have helped me sleep longer with no noticeable side effects other than requiring a little more effort to get out of bed each morning.
I'd intended spending a month resting and recharging the old batteries but warm Spring weather has got me chomping at the bit and rarin' to go again after only a couple of weeks.  Fifteen miles of walking at the weekend was quite enjoyable but I'm missing that natural rhythm of running.
I walked over into Mossdale in search of ring ouzels. Last year the first male arrived on March 13th, the earliest ever recorded there. This year, and twelve days later, I sat around for a good while by the shooting hut, watching and listening, but none came.
Gardening has been demanding my time. Work in the local cricket field, just over the wall, eventually persuaded me it was time to mow the lawns. Ready for lying on. Bees were busy on the flowering currant bushes and a cheeky robin was flitting around in case I unearthed some tasty morsel while hoeing round the Spring flowers.
There was much activity on Grassington Moor as a gang of gamekeepers were burning vast areas of heather, supposedly to encourage new growth.  I just hope none of our ground nesting birds have already begun laying eggs.
I found a sheltered spot to lie in the sun, well away from crackling fires and acrid smoke, to doze for a wee while in haunts of curlew and lapwing.  Far from the madding crowd.  Peacock butterflies were spreading their wings on warm stones for the very same reason I was spread out on the springy turf, to take our fill of healing ultra-violet rays.
On a rare visit to Mossy Mere, beyond Scar Top House, a colony of greylags were fraternising with oystercatchers among the reeds at the waters edge.
Geese took to the water as we approached while their black and white tuxedoed friends flew around noisily before landing a safe distance away.
Warm weather has lambs frisking in the fields, leaping like lunatics, racing around or playing king of the castle, as they do. Below them in the ghyll coltsfoot and primroses are dotting the banks.  Jackdaws are making new homes in a rocky outcrop overlooking the beck, with a great deal of arguing.
All this energy and activity in the natural world, the warm and colourful and noisy pageant of unfolding Spring. It really doesn't seem right that, of all the times of the year, I should choose Spring to be resting.
Where are those running shoes....
Posted by oldrunningfox. at 21:05 12 comments:

Much as I've enjoyed wonderful sunrises, fresh air and birdsong, recent bouts of vertigo, flashing lights and a lack of energy that frequently reduces me to a walk have finally forced me to rest.


I've been thinking about it for a while but a snippet in Alan Sloman's blog by that intrepid long distance walker, Sir Hugh, finally prompted me to steady up. He wrote "I have a theory I think you will applaud that gets you out of all that training nonsense. As a young man it is possible to train and become fitter. There is an age limit (not sure of the exact age, but I know I'm well past it) when training only promotes further deterioration of the body, so it's better to keep what you've got in reserve to cope with the happy project you really want to do".  Wise words.

Chronic insomnia caused by a hyperactive brain that refuses to switch off is the main cause of the problem. My doctor is unwilling to prescribe sleeping pills.  Recommended herbal remedies have proved useless. So, against the wishes of my wonderful partner I've resorted to the internet.  Watch this space.
My log book recorded just 18 miles last week but in truth Sunday's 5 mile effort had quite a few walk breaks I wasn't happy about.
Redshank, golden plover, curlews and lapwings all contributed to the pleasure of our run as far as the dam at Yarnbury in search of spawning frogs.  There were none.
We were however treated to a mini murmuration of starlings as we approached the dam, but they didn't hang around long enough to get a decent shot of them. Even if my camera had been working properly...
After 31 years of regular running the idea of a break does not come easy. Hopefully it wont last long.  I have new vests to show off and shoes to wear out.
And besides.. 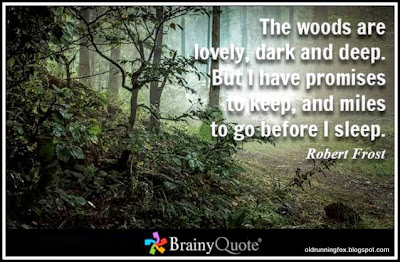 I'm becoming an old stick in the mud - literally.
In thirty years of running I don't think I've ever known the land so waterlogged or ever seen so much mud.  Each time I return from a run much of my gear goes straight into the washer and I vow and declare I wont repeat those X-country routes again until the land dries out.

But of course I do, because they're my favourite haunts, for birds that serenade me with their Springtime choruses, for horses I say hello to, for flaring sunrises and panoramic views across wild landscapes.  And, on Sunday, the noise of countless frogs performing their annual piggy-backs in a favourite pond up the ghyll. The pros outweigh the cons. Most of the time.

Weather last week was largely better than forecast and I took full advantage of it, running on five days rather than the usual four.  It was a mistake.  After a sleepless night on Saturday (hyperactive brain) getting up at 6am for a freezing run round Grimwith brought on bouts of vertigo and flashing lights (of a bright purple hue) that didn't disperse until early afternoon.
Note to self: running 19 miles on four consecutive days with over 1,800ft of ascent, after hardly any sleep, is maybe not a very good idea approaching ones 85th birthday.

Calm, clear mornings lured me out for three hill sessions during the week.  It was nice to note rabbits returning to their stamping grounds and local crows have grown so used to my circuits they've become totally unafraid.  Wise birds, crows.

Probably due to all the mud there haven't been as many dog walkers for runners to cope with recently.  A field below the Castle where four horses were clustered around what appeared to be an empty feeder is rapidly changing from green to brown.
One poor horse, sunk to its knees in mud, appeared to have lost a foot in height.  Enough to give it an equine inferiority complex.

Further north, in limestone country, many parts of the Yorkshire Dales are normally a pleasure to run, water percolating through the porous landscape to leave relatively dry trails.
Not so this year.
Well trodden tourist paths along river banks, or parts of the Grimwith reservoir circuit, are in a disgusting state, ankle deep quagmires of inescapable filth.
One of my friends, Dave Watson, escapes such horrors by running circuits of our local cemetery, a training session enabling him to run 16 minute 5K's and win many of Huddersfield's Parkruns.
Maybe I should join him.
Posted by oldrunningfox. at 21:35 12 comments: