Spring? Or jumping to conclusions?

Back in February it was warm enough to run in shorts.  It even brought on a nasty spell of gardening. Ah, I thought, we're being blessed with an early Spring, maybe something to do with global warming.  Wrong.  Come March and back came snow and gale force winds.  But last weekend there were some positive signs Spring really is here; 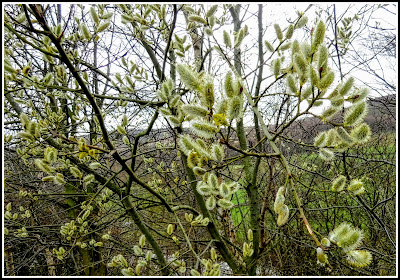 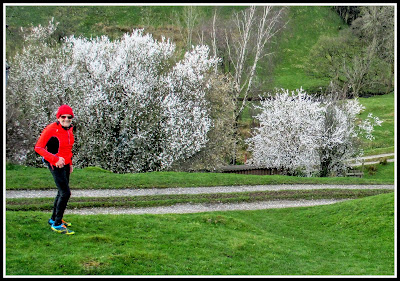 Blackthorn - as of blackthorn winter 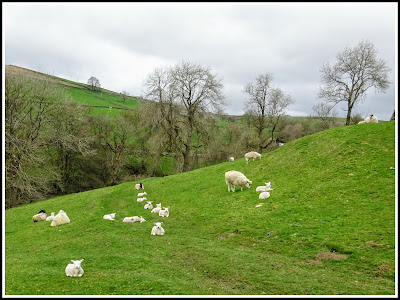 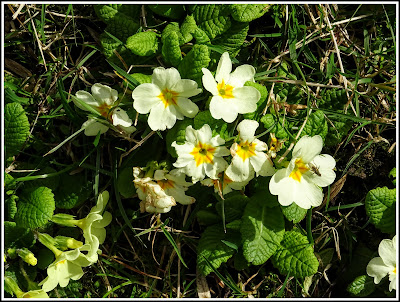 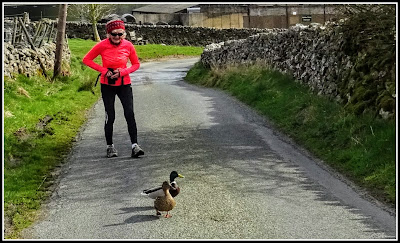 ..and this pair of mallard looking for a quiet pond
Not to mention bees and butterflies on the wing, frogs piggy-backing in ponds, pewits wheeling joyously over their nesting fields and skylarks singing.  My wonderful partner has said goodbye to winter by taking a shovel and sand from the boot of her car.
Winter tyres will be coming off next. 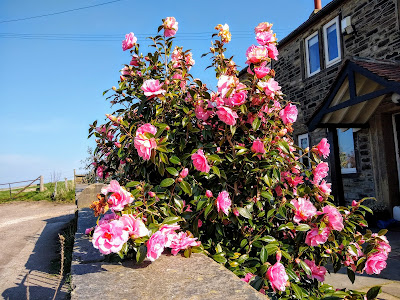 Oh, and this beautiful Camelia over the wall thinks it's Spring

Maybe I'm becoming nesh in my dotage but regardless of any original optimism Spring actually seems later.  Since our wonderful week in Madeira I've been reluctant to unlag my legs or 'cast a clout'.  I'm still running in a woolly hat.  And gloves! 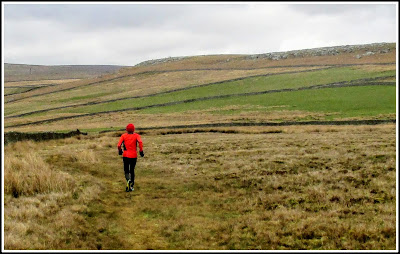 ..and here's the proof - shivering over Bolton Haw Side,
running faster to get warm 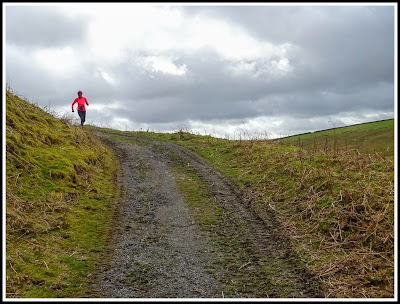 ...and back down into the ghyll under a threatening sky 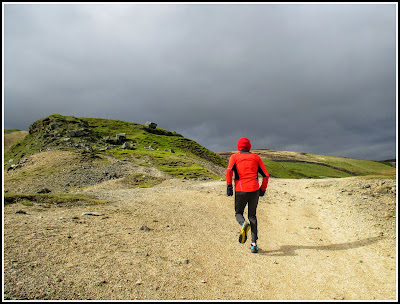 Risking going a bit further - looking for early wheatears, but found none 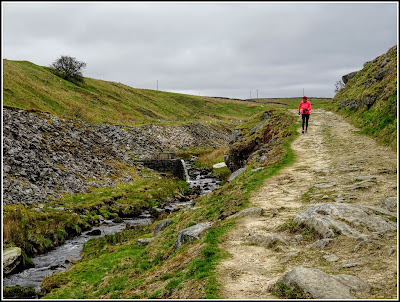 ..before eventually turning for home 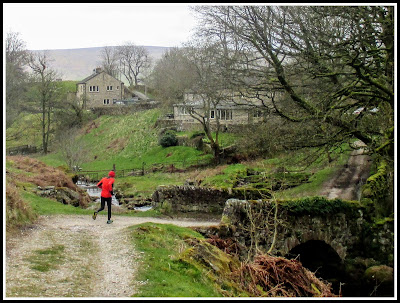 ..and speeding across the Miner's Bridge to get home before it rained.
We did - just

I'm not sure where that speed came from for I'd been reluctant to go out after a strength sapping run the previous day.
An organisation called Due North are staging a ½ marathon from the village of Burnsall on April 13th and we decided to suss it out.  Well, half of it, and maybe the other half next weekend. 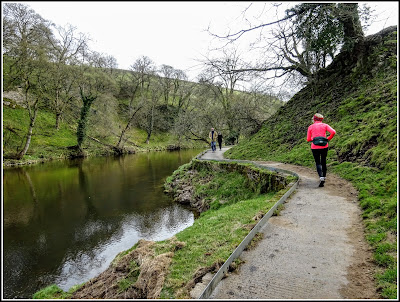 Setting off on the Ist leg of the Due North ½ marathon
- running due east along the Wharfe! 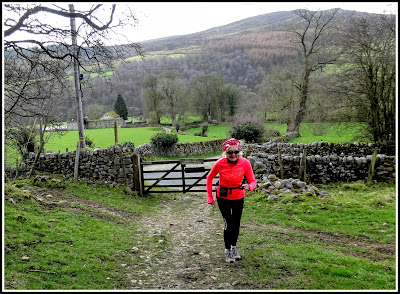 Leaving Woodhouse Farm for the steep climb up Kail Lane 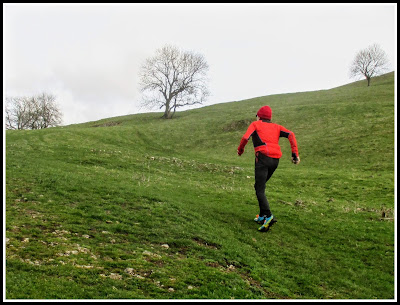 Putting on the style - or trying to! 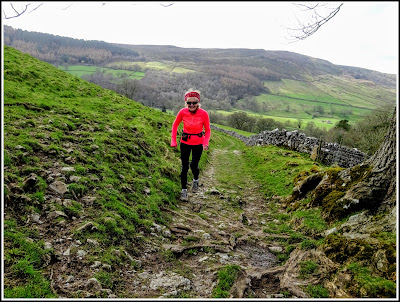 ...and still it goes uphill 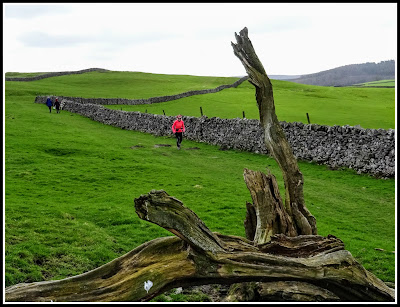 ..until a level bit crossing a long pasture.. 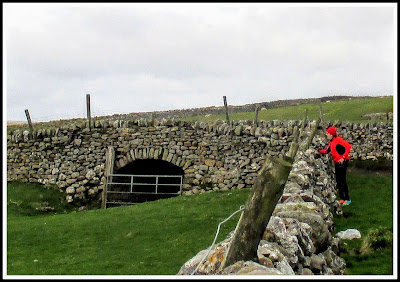 ..over this cattle creep 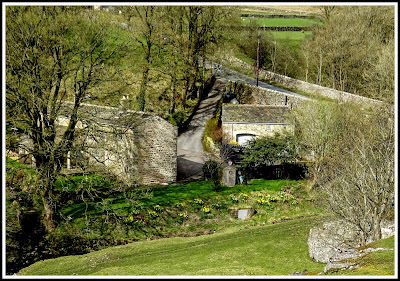 ...and getting a bit lost before reaching the B6265 at Dibbles Bridge, scene of a terrible coach crash in 1975 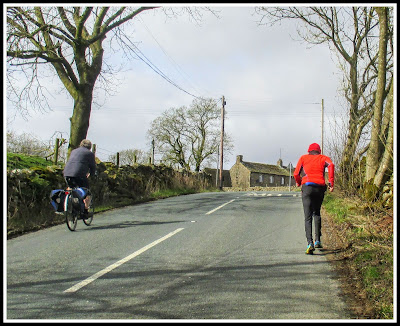 where I couldn't resist racing a cyclist to the top of the hill - and beating him.
Mind you, it wasn't Bradley Wiggins 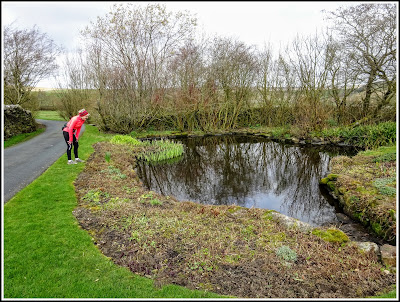 Looking for frog spawn at Turfgate 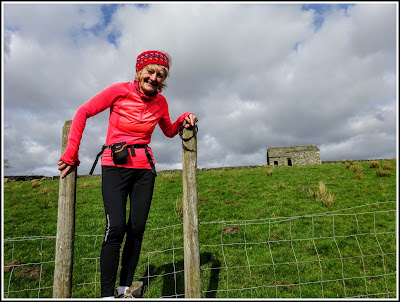 Mounting a stile and turning downhill for home 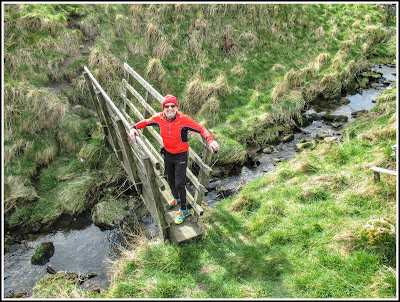 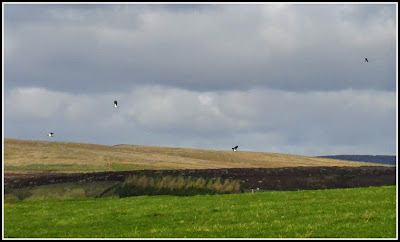 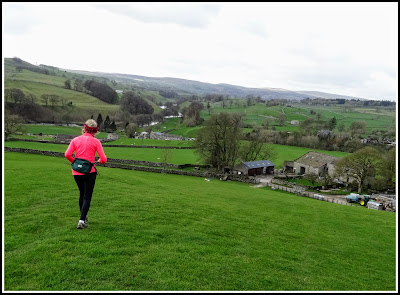 ..then running down to Ranelands Farm with less than a mile to go for home
And that was it.
After 7½ miles and 800ft of ascent in that half a half marathon we unanimously decided we weren't fit enough to run the whole of that forthcoming Burnsall race.  We'll maybe just spectate!  Our other 4¾ mile run, looking for wheatears, brought up a nice total for the weekend. 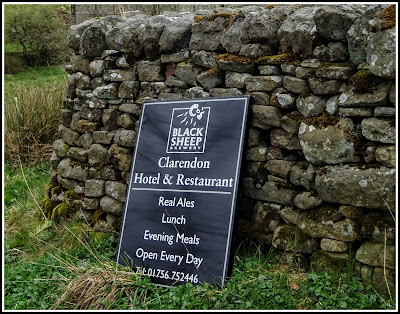 I'd have loved a nice steak or roast partridge at the Clarendon but couldn't summon up the energy to cross the road!
Maybe next weekend after we've tackled that other half....
....if I can still see after another syringe full of Lucentis has been pumped into my eye.
Posted by oldrunningfox. at 15:54